SALVAGE AND THE CITY 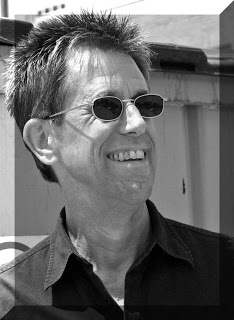 What makes a city vibrant and alive?
Sociology professor Jeff Ferrell argues it?s the unexpected exchange, spontaneous performances and even the occasional thought-provoking annoyance that truly enrich city dwellers.
?We forget what makes the city the city,? he said in giving the AddRan distinguished lecture Wednesday night. ?It?s the impurity of it, not perfect streets and manicured lawns. We forget a city should be disorderly, a place you?re not quite sure of.
"It?s not enough to live in the city, you?ve got to live for the city and salvage the ways we can make the city thrive.?
In his own research, Ferrell studies underground groups he believes make a city dynamic - not your typical economic development types, but skateboard punks, street musicians, graffiti artists, bicycle activists and the homeless. He?s spent years doing his own field research, living the lifestyle of these groups, most recently the subculture of dumpster diving.
?I had some sense of it ? that people could live from a dumpster, but I wanted to experience it myself,? he said. ?I found this entire world filled with all types of people from the homeless, to good-old-boys driving old pick-ups who salvage metal to the under-employed who come to the dump after work in their Wal-Mart uniforms. They?re there because they can?t feed and clothe their family on $7 an hour.?
He said other subgroups in the dumpster diving culture included immigrants and those motivated by ethical and political beliefs. He noted the Freegan movement came out of a group of vegans who believed they could live with an even smaller carbon footprint by eating refuse that was already being thrown out by society.
?They voluntarily commit to living only from what they find in the trash,? he said.
Another group he has studied, Food Not Bombs, aims to take food that?s destined for the dump, and use it to prepare meals for the homeless.
The fact that so many people can survive on garbage, says a lot about the over-consumption of Americans, he added.
?All the things they find are thing that are not worn out, but things that no longer confer status because the fashion has changed,? he said. ?Thanks to advertising, we?re totally driven by wants, not needs.?
But what really troubles him is the way subversive groups are increasingly being shut down by city governments who see them as threats. For example, he studied the evolution of Mill Avenue in Tempe. Arizona, a main drag by Arizona State University, as it shifted from independent coffee shops and tattoo parlors to upscale chain stores and Starbucks.
?The city actually privatized the sidewalk and said it was illegal for homeless to sit down there,? he said. ?Why should it be illegal to sit down and sip water on a hot Arizona afternoon??
He said the city of Dallas has taken aim at the homeless by making it illegal to have a shopping cart off the store parking lot and other cities have made attempts to criminalize dumpster diving, calling it theft of property. Instead of fighting these subgroups, he thinks city should see how they actually contribute to the city's diversity and dynamism.
He pointed to skateboarders in Southern California in the late 70s and early 80s who used rundown parking lots, abandoned streets and empty swimming pools to invent a new sport.
?They reclaimed the city and made it a place for fun,? he said.
As a perk of being tapped to deliver the lecture, Ferrell will get a lighter teaching load to devote more time to research and a $2,000 cash award. Not that he?ll use it towards his own wardrobe, he proudly noted he found most of his outfit, including his tie, in the dumpster while doing his field research, which on most weekends, means scouring garbage in and around his Arlington Heights neighborhood.
He encouraged the standing room only audience of students, faculty and staff to see the benefits of dumpster diving ? both personal and for society.
?None of this is drudgery,? he said. ?Dumpster divers are happy because everyday is an adventure. You never know what you?re going to find. I?ve found it re-animates the city with surprise and pleasure. On some days I feel like I?m a pirate searching for treasure. The loot's there if you know where to look.? 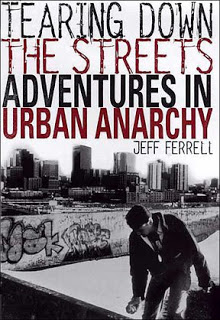